Even for habitual users of other drugs, the word heroin can still send shivers down their spines. Like marijuana, heroin has a storied past in our country. Unlike marijuana, most of the stories about heroin are exceedingly dark. Thus, it’s easy to see the health benefits of quitting heroin.

In addition, heroin use in the United States is still low compared to other drugs, especially opioids and meth. However, as stated by the National Survey on Drug Use and Health (NSDUH), in 2016 about 948,000 Americans reported using heroin. That number has been steadily rising since 2007.

In short, the main reason for this growth appears to be the opioid epidemic. People who lose access to prescription pain relievers are turning to heroin. It’s easier to find and cheaper. But those people are unaware of the world they may be entering. Hopefully, the following list of reasons to quit heroin will motivate you to stop using, or never start in the first place. If you are using this dangerous and addictive drug, reach out to our experts at 912-214-3867 today. We can provide the information and resources you need to find quality treatment close to home.

People who regularly use heroin often develop a tolerance to the drug. That’s not a good thing. Being tolerant means a need for larger and/or more frequent doses to get the desired high. However, those with heroin use disorder find it difficult to stop taking the drug cold turkey. The withdrawal symptoms are painful and dangerous. For example, they include:

2. Your Brain on Heroin

Understanding how drugs impact your brain is vital when trying to figure out the overall effect drugs have. The brain sends, receives, and processes signals via neurotransmitters. The way that heroin is made up chemically is similar to the natural neurotransmitters throughout the body, attaching to and activating neurons. But the neurons don’t activate the same way those in a drug-free brain do. In addition, they send abnormal messages through the network.

For instance, drugs can alter important areas of the brain:

Moreover, the brain stem controls basic functions critical to life. When people overdose on heroin the result is difficulty breathing and death.

3. The Physical Effects of Heroin

Like all drugs, heroin has short- and long-term effects. People who use heroin report feeling a “rush” while taking the drug. For example, the euphoria may be so intense they don’t notice these short-term effects:

Also, the long-term effects are much more serious, making the benefits of quitting heroin even more critical. For instance, they include:

No matter how the drug is taken, long-time heroin users experience several medical complications. Thus, providing more health benefits to quitting heroin. Among them are lung problems including various types of pneumonia and tuberculosis. These may result from heroin depressing a person’s respiration. Many experience mental illnesses like anxiety, and depression. However, quitting will allow you to start rebuilding relationships after heroin addiction. People who repeatedly snort heroin damage the mucosal tissues in their noses. In addition, they perforate the tissue that separates the nasal passages, called the nasal septum.

Moreover, the constant injection of heroin can cause scarred and/or collapsed veins, as well as bacterial infections of the blood vessels and heart valves. If heroin has too many additives in it, it may not dissolve, resulting in clogging of the blood vessels that lead to the lungs, liver, kidneys, or brain. This can infect or even kill patches of cells in vital organs. Additionally, immune reactions to contaminants in heroin can cause arthritis or other rheumatologic problems. You do not need to suffer alone. Contact us today, and our specialists will help you get on the track to sobriety.

Heroin use increases the risk of being exposed to HIV, viral hepatitis, and other infectious agents. Because the sharing of syringes and preparation equipment makes them vulnerable to these dieseases. It’s also important to remember that snorting or smoking does not eliminate the risk of infectious diseases. People under the influence of drugs still share paraphernalia and engage in risky sexual behaviors that can expose them to these diseases.

People who inject drugs are the highest-risk group for acquiring hepatitis C (HCV) infection and then continue to drive the rising HCV epidemic. Each person with HCV who injects drugs is likely to infect 20 other people.

6. Getting More Than Heroin

Heroin is often cut with sugar, starch, or powdered milk. Which as mentioned can clog blood vessels leading to various vital organs. However, these clogs can cause permanent damage. In addition, another benefit of quitting heroin is that some dealers cut it with fentanyl. Fentanyl is a synthetic opioid that is 50 to 100 times more powerful than morphine. The strength of fentanyl makes overdosing — and death — more likely.

If you are struggling with addiction, then please rach out to our experts today. They can provide you with the tools and resources you need to start your new sober life.

Also, another benefit of quitting heroin is avoiding abscesses. Abscesses, especially from IV drug use, are not pleasant to talk about, but they are common, dangerous, and need to be addressed. Abscesses are formed of pus that has made a pocket, which can form almost anywhere in the body. When an area becomes infected, the body’s immune system tries to fight the infection. White blood cells go to the infected area and collect within the damaged tissue causing inflammation. This is when pus forms.

The pus is a mixture of living and dead white blood cells, germs, and dead tissue. For instance, abscesses from heroin contain

In some cases, a heroin abscess can cause serious complications, for example:

Methicillin-resistant Staphylococcus aureus (MRSA) is another potential complication. MRSA is a drug-resistant strain of the bacteria that commonly cause skin abscesses. While there are alternative antibiotics to treat this strain, they don’t always work.

Instead of injecting heroin and other drugs into veins or muscles, the illicit substances can also be injected into the skin — skin popping. However, through this method, drugs are more slowly absorbed, the risk of overdose is reduced and the method is much easier than IV injection. But skin popping is not without its dangers.

An article in the medical journal Cureus looked at the most common complications of skin popping. They include abscesses and cellulitis, a bacterial infection of the skin.

A study showed the odds of abscess or cellulitis among drug users using skin popping was almost five times the odds of those who used intravenous injection,” according to the article.

Furthermore, the most common bacteria grown in these skin infections are:

Now, avoiding that is clearly a major benefit to quitting heroin. If you need help quitting heroin, then contact us today. Our experts will work with you to get you the help that you need.

Of the various types of heroin on the street, black tar heroin is linked to more extensive vein loss, according to an article in the International Journal of Drug Policy. Black tar heroin is described as sticky like tar or hard like coal and filled with impurities.

Injecting black tar heroin with dirty needles causes accessible veins to collapse and harden. When this happens, heroin users turn to inject the drug into soft tissue and muscles. This increases the user’s chances of developing painful and possibly deadly abscesses.

Possibly the biggest health benefit of quitting heroin is avoiding a potential overdose. A heroin overdose occurs when a person uses enough of the drug to produce a life-threatening reaction or death. When people overdose on heroin, their breathing often slows or stops. This can decrease the amount of oxygen that reaches the brain. This condition is called hypoxia. It affects the nervous system and can cause permanent brain damage or even coma.

Naloxone is a medicine that can treat an opioid overdose. It works by rapidly binding to opioid receptors and blocking the effects of heroin and other opioid drugs. Sometimes more than one dose may be needed to help a person start breathing again. This is why medical experts say it is very important to get a person who has overdosed on heroin to an emergency room or a doctor right away.

To summarize, heroin is an extremely dangerous drug. The effects on one’s health, mental state, and lifestyle can be devastating. People in recovery from heroin use disorder can recount the harrowing experiences of using the drug. As this list shows, it’s not hard to see the benefits of quitting heroin. Also, as anyone who once misused heroin can tell you, the heroin detox timeline is difficult, but coming out the other side is worth it. Above all, if you or someone you love is addicted to heroin, reach out today to our trained recovery experts. Let us help you find the treatment you need. 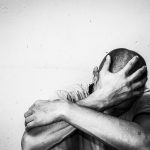