How Anxiety and Depression Can Affect Your Addiction [Guide]

Did you know there is a link between anxiety and addiction, as well as between depression and addiction? Anxiety and depression are mental illnesses that impact millions of people, so you can see how much they could contribute to the problem of addiction in society.

Most people experience highs and lows due to normal day to day stress. People are constantly juggling work, relationships, and other responsibilities that can influence their emotions in positive and negative ways. This natural fluctuation is far less intense when compared to what those with mental illness deal with.

On top of juggling overwhelming stress or sadness, a large number of those suffering from illnesses like anxiety and depression also are at risk of suffering from substance abuse. Yet the use of drugs and alcohol often only makes symptoms of anxiety and depression worse. If this sounds like your situation, the good news is that our professionals are here to help. Give us a call today at (912) 214-3867.

Are you struggling with substance abuse, and wondering if the link between anxiety and addiction, or depression and addiction, could be a complicating factor? Read on to find out more about how we can help.

Anxiety is the normal reaction to a stressful, dangerous, or unfamiliar situation. In its natural state, anxiety is important to our survival. It helps prepare people for unknown situations by keeping them alert and aware. A good way to think of it is that normal anxiety helps regulate the body’s natural “flight or fight” response.

Anxiety disorder can interfere with day-to-day activities and interpersonal relationships. It manifests as a constant but irrational worry or fear. Unfortunately, when substance use is added to the mix, the relationship between addiction and anxiety disorder virtually ensures that both conditions will get worse. Some of the key indicators of anxiety are:

The most common anxiety disorder is Generalized Anxiety Disorder, which impacts about 6% of the population. It lives up to its name: people suffering from this form of anxiety experience chronic stress when dealing with situations that may appear perfectly mundane to someone else. They often deal with negative thought patterns, and while they may appear to be functioning normally, these individuals deal with an internal war almost constantly.

How Anxiety Relates to Substance Abuse

Typically, anxiety and addiction disorders happen independently of each other, but they can strike at the same time, and juggling both can be tremendously difficult and dangerous. A person with anxiety may use alcohol or drugs to cope with their symptoms. According to the Anxiety and Depression Association of America (ADAA), these are the different ways different anxiety disorders are linked to substance abuse:

PTSD and substance abuse commonly occur together. People suffering from this disorder often use alcohol or drugs to try to ease their anxiety, but substance abuse can exacerbate PTSD symptoms. Many mental health professionals treat PTSD and substance abuse together because symptoms of PTSD (intrusive thoughts and sleep disturbance) can easily cause a relapse. This is one reason why the combination of anxiety and addiction recovery presents particular problems.

Alcohol or drugs often cause panic attacks, and having a panic disorder is a risk factor for relapse among people undergoing substance abuse treatment. Alcohol abuse commonly begins before or at the same time as panic disorder symptoms.

People with an anxiety disorder are two to three times more likely to develop a substance disorder compared to the general population. Many that fall victim to this occurrence also fail to realize that substance abuse can make their symptoms worse. Unfortunately, while looking for relief, many just end up being caught in a vicious cycle of using one bad habit to “fix” the other. On a biochemical level, both anxiety and addiction are linked to low levels of serotonin. This holds true for those suffering from depression as well, and some people even have a genetic predisposition to both disorders.

Everyone has their bad days, and this is especially true for those dealing with depression and addiction. Some days, it feels like nothing is going right. Similar to anxiety, depression can affect anyone, but it is normally a passing feeling. You may feel depressed for a moment but that is far different from being clinically depressed.

Clinical depression impacts millions of people, including the way they view life and their day-to-day happiness. The Centers for Disease Control and Prevention (CDC) estimates that 10 percent of Americans suffer from clinical depression. Common symptoms of depression include:

Clinical depression is so much more than feelings of sadness, and it manifests in both physical and mental ways. Depression not only suppresses the immune system but puts the individual at high risk of self-injury or suicide. Anxiety and depression also tend to go hand in hand. An anxious person may deal with bouts of depression and a depressed person may have symptoms of anxiety. The link between anxiety and depression appears further in the ways they both can interrupt everyday functioning.

Ultimately, people suffering from either of these illnesses should do their best to avoid drugs and alcohol as that can make matters much worse.

The Link Between Substance Abuse and Mental Health

So, we know that mental disorders are linked to substance abuse, but what is the nature of the link? Mental illness can cause substance abuse and vice versa, or they can occur for different reasons but feed on each other nonetheless.

Dual diagnosis often happens because people suffering from mental illnesses like depression turn to drugs or alcohol to self-medicate. Per Helpguide.org, here is why that is such a big problem:

Alcohol and drug abuse can increase the underlying risk for mental disorders.

Mental disorders are caused by a complex interplay of genetics, the environment, and other outside factors. If you are at risk for a mental disorder, abusing alcohol or illegal or prescription drugs may push you over the edge. There is some evidence, for example, that certain abusers of marijuana have an increased risk of psychosis while those who abuse opioid painkillers are at greater risk for depression.

Alcohol and drug abuse can make symptoms of a mental health problem worse.

Substance abuse may sharply increase symptoms of mental illness or even trigger new symptoms. Abuse of alcohol or drugs can also interact with medications such as antidepressants, anti-anxiety pills, and mood stabilizers, making them less effective at managing symptoms.

Furthermore, depression and addiction recovery are as dangerous a combination as anxiety and recovery: both complicate the already challenging work of staying sober. The negative relationship between substance abuse and emotional problems goes both ways.

What is most important is that we not simply ignore this issue. Mental health problems alone are a heavy weight to carry, and when combined with the misuse of substances they can create a particularly dark vicious cycle. Depression and addiction recoveryFortunately, this is not a battle you have to fight alone.

If you think you may be dealing with a dual diagnosis it is important to understand what that looks like. Naturally, the symptoms may vary depending on the type of substance you use and the underlying mental health problem. These questions can serve as a great starting place for determining if you have a co-occurring disorder:

Now if these questions do apply, first remember to remain compassionate to yourself and consider seeking professional treatment. Symptoms of anxiety and depression can make day to day life difficult to cope with. Unfortunately, coping with drugs and alcohol is one of the least healthy ways to respond.

If you are tired of substance abuse and mental illness getting in the way of you living a happy, fulfilling life, then it’s time to begin the journey towards recovery. Research has found that it is best to treat co-occurring disorders simultaneously. This approach lessens the chance of relapse and boosts the chance of long-term recovery. According to Helpguide.org, this is what treatment may consist of depending on your specific issues:

Through treatment, you can better understand your triggers and develop healthy coping mechanisms. You can receive the right help that keeps both disorders in mind. If you are ready to explore treatment options, we are here to help. You can find help with us today by calling the number below.

Addiction mental health
How Anxiety and Depression Can Affect Your Addiction [Guide]2020-12-032020-10-01https://alcoholrehabsavannahga.com/wp-content/uploads/2020/09/savannah-logo-6c-01-min.pngRecovery Treatment Substance Abusehttps://alcoholrehabsavannahga.com/wp-content/uploads/2020/10/anxiety.jpg200px200px
About
admin
Struggling With Addiction? 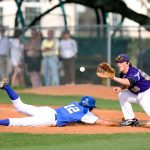 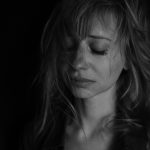 How Can I Stop My Parents From Using Meth?Addiction, Drug Addiction