Not unlike combat veterans and Post Traumatic Stress Disorder, PTSD and substance abuse are inextricably linked. PTSD was known as “shell shock” during World War I and “combat fatigue” after World War II. It wouldn’t be until after the Vietnam War that the term “PTSD” came into use. But make no mistake, PTSD does not just happen to combat veterans.

Studies show that women, adolescents, and certain ethnic and racial minority groups are at high risk for developing PTSD. In addition, PTSD and substance abuse go hand-in-hand, with many victims self-medicating by misusing drugs or alcohol. Studies also find that half of the people seeking treatment for substance use disorder also meet the criteria for PTSD. Our treatment experts at Recovery Treatment Substance Abuse are ready to answer your questions about PTSD and addiction. Call (912) 214-3867 today.

Read on to find out more about the associations between PTSD, trauma, and substance abuse.

PTSD is classified in the Diagnostic and Statistical Manual of Mental Disorders, or DSM-V, as an anxiety disorder triggered by a traumatic event outside the range of usual human experience. According to the DSM criteria, there are four primary classes of symptoms:

People who have experienced previous trauma are more susceptible to PTSD. However, not everyone who experiences a traumatic event will develop PTSD. According to Winchester Hospital in Massachusetts, symptoms of PTSD are more likely to occur if a person has the following risk factors:

A person with a history of substance use disorder is at a higher risk of developing PTSD. However, clinicians say we need a better understanding of the cause and treatment of these two co-occurring disorders.

As mentioned, about half of the people seeking help for substance use disorder meet the current criteria for PTSD. That estimate is more than five times greater than the U.S. lifetime prevalence rate. Addicted individuals with co-occurring PTSD report more intense cravings for drugs and alcohol. After treatment, they also tend to relapse more quickly than individuals without PTSD.

Studies also indicate that having PTSD predicts whether a person will develop a substance use disorder. A widely accepted hypothesis suggests that individuals with PTSD use substances to cope with psychiatric distress caused by their past trauma — in other words, that the association is due to self-medication.

Human laboratory studies provide further support for the self-medication hypothesis. For example, individuals with PTSD and addiction increased self-reported cravings in response to personalized trauma cues. But no alcohol or drug cue was present.

A paper published on the National Center for Biotechnology Information (NCBI) website shows a three- to five-fold increase in the development of substance abuse among PTSD patients. That means there is a co-occurrence of substance abuse in nearly half of PTSD patients. Meanwhile, between 25 percent and 40 percent of the substance-abusing population also meet the criteria for PTSD.

Various studies show that the problems surrounding veterans and substance abuse are closely tied to PTSD. Some try to cope with their symptoms by drinking heavily, using drugs, or smoking too much. Meanwhile, those who have problems with drugs or alcohol are also more likely to develop PTSD.

The U.S. Department of Veterans Affairs looks at how common PTSD and substance abuse is among combat veterans:

People with PTSD symptoms might use drugs to help them sleep, relax, or manage stressful situations. However, using drugs and/or alcohol can make PTSD symptoms worse, because people with PTSD and substance abuse often have other problems as well. They have physical pain, relationship problems, and problems in daily life.

Men and women differ in lifespan prevalence of PTSD, according to a report in the Annals of General Psychiatry. Overall, women have a twofold higher PTSD prevalence than men.

The reason for this may come down to sexual assault. According to the VA’s National Center for PTSD, early information on trauma and PTSD came mostly from studies of male Vietnam War veterans. Researchers dug further and found something shocking: women’s PTSD symptoms following a sexual assault are similar to those of male combat veterans.

Women are slightly less likely to experience trauma than men. When they do, the most common is sexual assault or childhood sexual abuse. About one in three women will experience sexual assault sometime in her life.

After the assault, some women may feel depressed, start drinking or using drugs, or develop PTSD. Not all women who experience a traumatic event develop PTSD. Still, women are more than twice as likely to develop PTSD if they:

Another difference, according to the National Center for PTSD: at least one study found that women undergoing PTSD and substance abuse treatment response as well as or better than men.

However, another study found that the lifetime prevalence of PTSD was highest among Black people (8.7 percent), intermediate among Hispanics and whites (7 percent and 7.4 percent), and lowest among Asians (4 percent).

Differences in risk for trauma varied by type of event. Whites were more likely to have a trauma of some kind, to learn of trauma to someone close, and to learn of an unexpected death. But Black and Hispanic people had a higher risk of child maltreatment, chiefly through witnessing domestic violence. Black people also had significantly higher exposure to assaultive violence than whites.

Data from the most recent National Survey of Adolescents finds that one in four children and adolescents in the U.S. experiences at least one potentially traumatic event before the age of 16. More than 13 percent of 17-year-olds — one in eight — have experienced PTSD at some point in their lives.

Most, if not all, of these young people, also have access to a wide range of drugs that can dull the effects of stress. However, the drugs also place teens at increased risk of experiencing trauma.

It is estimated that 29 percent of adolescents — nearly one in three — have experimented with illegal drugs by the time they complete eighth grade. And 41 percent have consumed alcohol.

According to the self-medication hypothesis of substance abuse, youth turn to alcohol and drugs to manage the cues associated with traumatic stress or PTSD. They also turn to substances to numb themselves from the experience of any intense emotion, whether positive or negative.

Several studies have found that substance use developed following trauma exposure or the onset of PTSD in a high proportion of teens with substance abuse disorders.

If you or a loved one need help with PTSD and addiction, Recovery Treatment Substance Abuse experts are ready to answer your questions. Call us today at the number below! 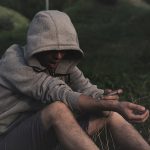 How to Help a Heroin AddictAddiction, Drug Addiction