Changing the Language of Addiction

Changing how the world talks about addiction will create new perceptions for those on the outside-looking-in to recovery programs. Up until now, the language used by everyone when referring to those in recovery has inferred, whether consciously or unconsciously, that addiction is the result of a moral failure.

If designed and then used properly, it’s hoped this new language will help to eliminate the negative stigma associated with substance and alcohol use disorders. Once the language already in use begins to change, these disorders will be considered illnesses rather than moral deficiencies.

Experts are working on an “addiction-ary” to get the public talking about addiction in a different way. But there are roadblocks caused by the existing language and the perceptions it has created. Clinicians are at the forefront of pushing for the change and already have created new words and phrases to replace the old ones.

Current language has caused stigmas to be placed on individuals with substance use disorders (SUD). “Addicts” have been perceived to be dangerous, unpredictable and at fault for their conditions. They have moral failings and not a medical condition. According to the National Institute on Drug Abuse, the public and even medical staff continue to use language that creates a view of necessary punishment rather than treatment. Therefore, a new method of communication is needed to create a compassionate environment where patients with substance use disorder are treated like those with other diseases.

For decades, people with SUD have been afraid to ask for help and admit their issues, remaining isolated because of the stigmas attached to words such as “abuse” and “addict.” Abuse alone has been used as a word of moral condemnation since the 14th century, per the American Journal of Public Health. Clinicians say the language of addiction cannot be thought of in terms of semantics. One of the largest public health concerns in most English-speaking countries is the continual increase of those with SUD and the stigmas in place hindering any type of worldwide reform.

Today, Harvard Medical School’s John Kelly and doctors Sarah Wakeman and Richard Salz are at the forefront in the push to change the language of addiction, particularly in the medical community. An article written by Kelly, Wakeman and Salz for the Alcoholism Treatment Quarterly, states that medically accurate, person-first language must be adopted. The article adds that the current, stigmatizing language reduces the quality of care those with SUD receive.

“A doctor would never tell a patient suffering from diabetes that their blood was dirty with glucose,” Wakeman says in an interview with the Harvard Gazette. “We should ask, ‘Is this a term that we would use for another medical condition?’ If the answer is ‘no,’ we shouldn’t use it.”

Kelly has gone even further, creating an addiction-ary aimed at unifying medical staff first — then over time the public — to remove language that affects the treatment of SUD.

Kelly helped created a web tool called the Addiction-ary. It’s a glossary of addiction-related terms including several words that come with a bold “stigma alert” warning.

“If we want addiction destigmatized, we need a language that’s unified and really accurately portrays the true nature of what we’ve learned about these conditions over the last 25 years,” Kelly tells the Harvard Gazette. “This goes beyond political correctness. It’s not just a matter of being nice.”

Others from around the world have joined in the push for this Addiction-ary that promotes a person-first language. When the DSM-V was published, it started to recognize the new language. However, in the beginning, the language was very basic and very broad. Over time, those pushing the movement have found that not only must the language change for proper treatment and communication, but also specifics must be used to bind together similarities, differences and severity across all substances.

Now, a look at some of the words to avoid and why. Instead of words such as addict, drug abuser, junkie, alcoholic, former addict and drunk, use person with a SUD, patient or person in long-term recovery. Again, it is person-first language. The National Institute on Drug Abuse starts with a few especially important, impactful words. Addicted baby should be stated as born to a mother with active SUD while pregnant or newborn exposed to substances. Why? Because a baby is unable to have a SUD. Instead of opioid substitution replacement therapy, it should be medication treatment for opioid use disorder. The change is to remove the misconception that the treatment is a substitution of one drug for another.

Overall, for the world to become more effective in treating those with SUD, a new universal language must be implemented to avoid the current stigmas. The more integration of the Addiction-ary, the more the new beliefs will be trusted. Medical staff must work together to address the SUD, rather than a belief of a moral deficiency, in order to improve treatments.

In forward motion, people such as Wakeman and Kelly are working to continue updating the Addiction-ary, taking the new information and presenting it everywhere they can. The goal of the new language is to bring about new perceptions about substance use. They hope this will reverse the ever-increasing number of people with SUDs by providing appropriate care to those in need. 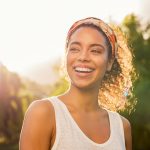 What Kind of Addiction Treatment Can You Expect in Savannah?addiction treatment 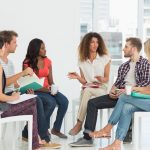 How Alcohol Damages the Liver (And Body)addiction treatment