The Relationship Between Exercise and Addiction Recovery (And How it Helps)

Generally, any activity that moves skeletal muscle, resulting in calories during movement is exercise. And addiction recovery can be greatly benefited by a consistent regimen combined with other health treatment methods. Exercise is important for anyone, but for someone struggling with substance abuse, it can make the recovery process quicker and more successful in the long-run.

There are numerous benefits of exercising while recovering from addiction, especially considering that most U.S. adults fall short of engaging in suggested levels of physical activity. In fact, over 80% of adults fall into this category. However, this only underscores the importance of understanding how addiction and exercise work together in the recovery process.

Of course, exercise is only one component in your recovery. A comprehensive program can additionally provide you with a stable living environment, therapy, and group interaction, and tools tailored to your personal issues. To learn more about incorporating exercise into your rehabilitation process, reach out to us at 912-214-3867. We are here to help you find the right path toward sobriety.

For more information about how exercise and revovery go hand in hand continue reading. To quickly navigate to a section of this page, click on the links below:

Alcohol Use Disorder (AUD) is one of the most pervasive mental health disorders in the world. There are over 2 million deaths per year from alcoholism. The accessibility of alcohol and its normalization in pop culture make it difficult to avoid alcohol in everyday life. That’s why it’s important that alcoholics develop coping mechanisms to deal with triggers and situations that will make them want to drink.

Recovering from alcohol addiction and exercise go hand-in-hand because exercise helps alleviate many symptoms of alcohol dependency. It activates neurotransmitters and increases dopamine levels in the brain, which contribute to a sense of physical and mental well-being. Engaging in exercise when a craving hits can stimulate the chemicals in the body that activate “reward centers”. It can offer a soothing effect similar to the effects a substance has on the mind.

Professionals in recovery understand that addiction and exercise are a healthy, productive pairing. Utilizing regular exercise helps reduce the urge to drink in patients recovering from AUD.

Physical exercise also helps repair damage to the brain caused by excessive alcohol consumption. Drinking can cause cognitive dysfunction by affecting the flow of blood to the brain. This can result in shrinkage of brain cells and even brain atrophy. This leads to the death of cells and brain atrophy. One of the primary benefits of exercising while recovering from alcohol addiction is that cognitive functions not only return to previous levels but can even improve.

Exercise as a Stress Reliever

When people are negatively affected by situations happening in their everyday life, it results in stress. Stress can be a major trigger for continued drug and alcohol abuse. Not having access to a substance of choice can also induce stress, and the emotions and physical reactions tied-in can make it even harder to abstain from using.

Studies have proven that a proper amount of exercise not only prevents stress from happening in the future but can dissipate stress that is already occurring. Exercise shortens the amount of time needed to recover from unwanted feelings by providing chemicals to the brain that reverse the stress reaction. Exercise helps produce chemicals like serotonin and dopamine, which are important during recovery. As a result, many recovering addicts use exercise as a fundamental replacement for substance use.

Fighting off addiction is hard, but using the right tools at your disposal can help you along the way. One of the great things about using exercise as a tool is it can be done in countless ways. Walking or hiking, biking, going out for a run, lifting weights, shooting hoops. And it’s always helpful to pick an exercise that isn’t tedious or disinteresting to you. Find something you enjoy doing and the benefits will be beneficial to both your mind and body. Need additional information or support? Then call us today. Our experts will work with you to be sure you stay on your path to a full recovery.

It is believed that, worldwide, 13.7 to 52.9 million people used meth and other stimulants recreationally. This number has been increasing over the last decade and a half, and the stimulant problem is now bigger than ever. In California and other locations on the west coast, stimulants directly cause one third of all admissions to rehab facilities. Methamphetamine addiction is now more common that alcoholism.

Since the high from stimulants is instantaneous, strong, and fleeting, the rate at which people drop out of treatment due to uncontrollable withdrawals is extremely high. This can be abated by treating addiction with exercise, alongside the other therapies and supports required by the recovery process.

Since stimulants are generally cheaper and more easily available than other illicit drugs, it can be harder to keep those graduating from addiction treatment programs from suffering a setback. This is why the development of an exercise routine during treatment is so valuable, as it provides a method to alleviate cravings and a useful distraction for when temptation arises. This is especially important once you are outside the relative safety of a rehabilitative center.

Muscle structure experiences a lot of negative effects during active stimulant addiction, and people recovering from drugs like meth can benefit deeply from the body’s responsiveness to exercise in the absence of substances. Muscles become stronger, brain pathways recalibrate, endurance increases, and breathing becomes easier. Addiction recovery exercises can be essential to recovery from an abuse issue.

15% of individuals alive today will experience a Substance Use Disorder (SUD) of some kind during their lifetime. So it’s important to analyze how exercise and addiction work together. It is proven that people with SUDs are more likely to have co-occurring mental health and physical problems because of their use.

Depression and anxiety are conditions that arise frequently during the recovery process, and it’s important to note that both can be helped by regular exercise. Exercise and addiction may go hand in hand, and because of that relationship, exercise, and mental illness health tie together.

Even if you are stuck in your home, you can find creative ways to get your blood moving and a healthy sweat going.

Trying to stop depression and anxiety is one of the leading causes of relapse in newly sober individuals. Teaching patients to exercise as part of their addiction recovery empowers addicts with physical skills they can use to get through these mental conditions that are a byproduct of detox. Suffering from addiction is a hard task. Suffering through that alone is even harder. You do not need to suffer by yourself. We are here to help you. Call our experts today and you can start living your best life tomorrow.

The Biology Behind Exercise

Exercise and addiction are important to consider together because of the positive effects moving the body have on the physiological effects of addiction. Recovering from addiction and using exercise to do so can help fend off relapse in much of the same way that it relieves withdrawal symptoms. It affects the internal chemicals and pathways in cravings, and in a way, can be a replacement for drugs when desires to use arise.

One of the more obvious reasons that exercise helps addicts in recovery is that it addresses psychological and social needs. However, while also aiding physiological processes in a way that replacement therapies alone cannot. Exercise can involve team sports or even serious competition. Sometimes just “getting out there” and mixing with others in a healthy manner is highly beneficial to your recovery.

The benefits of exercising while recovering from addiction help the body overcome stress naturally, while also preventing distressing weight gain that can result due to an increase in food consumption during the withdrawal and recovery period.

Exercising supports the cardiovascular system which is typically put at risk during active addiction. Other major benefits of exercising while recovering from addiction are that the heart is strengthened, and hypertension is reduced.

When looking at substance abusers before they come into treatment, one thing is common; they don’t get enough exercise. Most people addicted to substances do not:

People with addiction have a tendency to isolate themselves. They also stop doing the things they used to enjoy. Many of those activities can revolve around exercising and keeping the body in good, general health.

Walking and hiking are great low impact exercises that increase the necessary chemicals. Both the movement in the action of walking and the stimulation of seeing new environments help create a feel-good sensation. These are needed to alleviate withdrawals and temptation.

Participating in team sports is also recommended for addiction recovery. Team sports provide the body with the stimulation it needs to make exercise effective. It also providess a valuable opportunity to socialize and create new connections. It’s important during the recovery process to build a network of friends going through rehabilitation so you have people to lean on once you’ve graduated from recovery.

If you are looking to get your mind and body back and shape and you have questions about how your addiction is affecting you, please reach out to us at 912-214-3867. We can answer questions about bodily health during recovery and help find a program that suits your needs.

When Alcoholism Threatens Your Job

addiction recovery
The Relationship Between Exercise and Addiction Recovery (And How it Helps)2020-10-192020-09-30https://alcoholrehabsavannahga.com/wp-content/uploads/2020/09/savannah-logo-6c-01-min.pngRecovery Treatment Substance Abusehttps://alcoholrehabsavannahga.com/wp-content/uploads/2020/09/exercise-and-addiction.jpg200px200px
About
admin
Struggling With Addiction?

Which Drugs Are the Most Addictive? (And Why They Are)Addiction Recovery 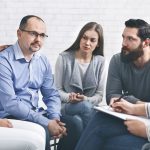