Drug and alcohol abuse has affected the lives of more than 23 million people in the U.S. Unfortunately, substance addiction issues do not discriminate in who will become addicted and insidiously reach across every social, cultural, and financial line that exists in America. Anyone from a professional doctor to a young teen to a homeless person can fall under the influence of drug or alcohol abuse. However, the LGBTQ+ community is particularly sensitive to these issues due to negative stigmas, stereotypes, and prejudice. Battling a substance abuse problem on its own is a challenging task, to begin with. When you add in the nuanced layers of sexual identity, it becomes clear that LGBTQ+ substance abuse treatment must be approached differently than the more traditional forms of therapy that inherently cater to hetero identifying people.

If you or a loved one is struggling with drug or alcohol addiction, we can help you to find specialized treatment care that focuses on who you are as a person. Do not lose hope! We will help you take your first step towards recovery. Please call 912-214-3867 for more information.

Continue reading for more information about staying happy in recovery. If you would like additional support then please reach out to our specialists today.

Substance Abuse in the LGBTQ Community

There are numerous factors that contribute to higher rates of drug and alcohol abuse among sexual minority teens and adults. In general, most drug use in the U.S. is started during the teen years. LGBTQ+ teenagers who are already struggling with hormones, academic stress, and family pressures are more susceptible to drug experimentation and abuse because of the added layer of confusion that gender identity often causes. Additionally, LGBTQ+ adults face discrimination in the workplace, in their love lives, and in the world at large. Dealing with all of these additional stressors in an already stressful world can lead to dangerous and addictive drug use and behaviors.

The LGBTQ Community and Addiction Stats

Studies show that the prevalence of drug abuse and addiction remains higher in the LGBTQ+ community than that of hetero individuals. In fact, in 2018 more than 37% of sexual minority adults reported using marijuana as compared to about 16% of the general adult population. Opioid and heroin abuse was reported by 9% of sexual minority adults versus 3.8% of general adults. In addition to a larger quantity of drugs being consumed, LGBTQ+ people also show a greater risk for co-occurring mental disorders like depression and anxiety that appear during drug addiction. However, only 7.4% of substance abuse treatment plans are specifically tailored to address the needs of LGBTQ addiction recovery.

Racial discrimination issues further complicate the lives of LGBTQ+ people of color. On top of dealing with negative attitudes towards their sexual identities, LGBTQ+ people of color must also contend with the many racial disparities that exist in America. Studies show that race and sexual orientation are the two most reported reasons for experienced discrimination. This combination of prejudice can increase the risk of drug and alcohol abuse for LGBTQ+ people. Furthermore, racial disparities that exist in mental healthcare remain quite common. A report by the National Center for Biotechnology Information states, “racial and ethnic minorities have less access to mental health services than do whites, are less likely to receive needed care, and are more likely to receive poor quality care when treated.”

However, due to the fact that drug abuse and mental health issues are so often intertwined, the need for LGBTQ substance abuse treatment becomes even more apparent.

Understanding the Need for a Unique Approach

Children and teenagers grow up in a hetero assuming society. Unfortunately, movies, books, popular music, and television relay hetero stories to the general public as a default, which can cause feelings of isolation and disconnect from the world for people who realize that they may be gay. Additionally, pressure from family or friends can cause further hiding of sexual feelings and desires. Like all people who use drugs and alcohol, LGBTQ+ teens and people are also looking for an escape from reality. But because life pressures bear down more heavily on them, LGBTQ+ people are at a higher risk for drug addiction. In 2015, more than 39% of LGBTQ+ people used some type of illicit drug during the year including prescription pills, heroin, cocaine, marijuana, and inhalants, versus 17% of heterosexual people who did.

Bullying can Have Lifelong Effects

Bullying is more likely to happen to LGBTQ+ youth than straight children. They will also experience more violent bullying and more extreme consequences like suicide than that of their heterosexual counterparts. For instance, the 2019 Youth Risk Behavior Survey reports that of surveyed LGBTQ+ high school students:

You do not need to suffer alone. If you are struggling with addiction, and are ready to start your recovery, then call us today. Our specilists will help you start and stay on your path to sobriety.

LGBTQ Health is Important to Everyone

Historically, LGBTQ+ people have received inadequate or improper health care from the medical industry. Understanding how to better serve LGBTQ+ people is critical to improving the health of the general public. Addressing all American’s health needs helps to ensure a general increase in mental and physical well-being, a reduction of the spread of disease and related health care costs, and boosted longevity. In addition, the cultivation of new attitudes towards LGBTQ+ people in healthcare improves patient-doctor relationships and better orients new medical students with comprehensive care.  Incorporating LGBTQ+ health care helps to prevent bullying in schools and can lead to the development of important social services. However, a better understanding of the health issues that LGBTQ+ individuals face can lead to improvements in drug abuse prevention.

Adults who identify as LGBTQ+ face difficulties with a number of different social issues that straight adults do not. Likewise, sexual orientation discrimination against LGBTQ+ individuals can be found in the restricted access to housing, health insurance, employment, adoption, and retirement benefits. LGBTQ+ people also have fewer laws that specifically aimed towards protecting them from discrimination. These factors can contribute to the poverty levels, homelessness, and drug use that LGBTQ+ people are more likely to experience. For instance, the active rejection of the LGBTQ+ community has historically led them to frequent bars or clubs as these places were often the only truly accepting spaces. In turn, alcohol and drug addiction, unfortunately, runs rampant where spirits do.

Drug addiction, alcohol abuse, poor physical and mental health, and poverty can all be better understood and help improve access to social programs. Reforms address the many social and cultural issues that LGBTQ+ individuals face. For example, the lives of the people of the LGBTQ community and addiction rates can both be improved with:

The need for LGBTQ+ specific rehab treatment only grows more imperative with each year. Most LGBTQ+ people already report at least some feelings of isolation and disconnection from straight counterparts. In fact, for the LGBTQ+ individuals who are struggling with substance abuse addiction, the separation becomes even more apparent. Issues with familial and societal acceptance can complicate rehabilitation efforts as well as self-esteem and body image problems. Additionally, other factors like religion, gender, previous mental state, and race play into the likelihood of receiving successful rehab care. Many LGBTQ+ people experience two or more of these issues at the same time, necessitating a requirement for even more tailored treatment.

When looking for LGBTQ treatment centers, it’s important to thoroughly research a facility first. An inclusive treatment center will take care to address any and all questions that you may have. These facilities should take into account the many social issues that LGBTQ+ people who are seeking treatment deal with on a daily basis. Reported issues that providers have developed specific action plans, for instance, include:

Most LGBTQ+ rehab programs use base models of existing, tried & and true treatment methods that have been modified to fit specific needs. These treatment methods center on stopping substance or alcohol abuse and changing behaviors, thinking, and environments. Additionally, LGBTQ substance abuse treatment may need to address sexual identity issues such as familial rejection or internalized homophobia along with their addiction problems. One of the more popular forms of drug and alcohol rehabilitation treatments include cognitive behavioral therapy which is talk therapy that encourages patients to recognize and appropriately respond to negative thinking patterns. Motivational enhancement therapy is a treatment that has patients look inward with their therapist at their substance abuse problems and find personal motivation to stop substance abuse. And contingency management involves treatment that utilizes incentives, rewards, and talk therapy as motivation to stop substance abuse and continue treatment.

If you would like additional information about the treatment options available to you, then call us today. Our experts will help you figure out the best course of action for you and your needs.

LGBTQ+ people who are dealing with drug or alcohol issues should have the same access to quality care as heterosexual people. Oftentimes the search for any type of healthcare that is LGBTQ+ inclusive can be an uphill battle. But we can help you to find compassionate treatment for you or a loved one who is struggling with addiction. Please do not hesitate; reach out today for rehabilitation help and call 912-214-3867. 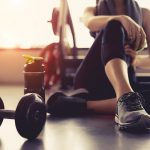 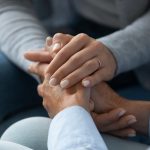