The Buddhist Approach to Addiction

In the United States, there are a number of substance abuse treatment programs tied to or based on spirituality and religion. Although not as widespread as Christianity-based programs, the Buddhist approach to addiction is slowly building a large audience. As one of the oldest and most popular religions in the world, there is a great deal of knowledge to acquire from Buddhism.

For many people, spirituality plays a large role in their recovery. This does not mean you have to invoke religion in order to achieve sobriety. Spirituality is about the overall wellness of the body and mind. Self-discovery through mindfulness, meditation, and prayer can all be helpful tools in getting sober. You may even be simply looking for an approach you’ve never tried before.

Addiction can be one of the most difficult things in life to overcome, but sobriety is possible with the right help. If you or a loved one are seeking guidance or treatment, or want to know more about spirituality in recovery, call us at 912-214-3867. Let us help make a challenging process easier for you.

Buddhism 101: the Life of the Buddha

As with many religions, understanding Buddhism requires understanding its history. The man known as the Buddha went by the name of Siddhartha Gautama, and was born around 400 BC.

Although there are many accounts of the Buddha’s life, the most popular version of the story revolves around Siddhartha as a prince who experiences a spiritual awakening. As a child, Siddhartha’s father, the king, protected him from the outside world. However, in wanting to become a great ruler, Siddhartha begged his father to allow him to go out and see the kingdom. Upon exploration, Siddhartha found all the things he was shielded from as a child: sickness, aging, and death. These three facts of life caused Siddhartha to have an existential crisis, so he decided to leave the kingdom in an attempt to find spiritual peace.

After leaving, Siddhartha joined a group of ascetic monks. The monks spent the majority of their time meditating and did not engage in pleasures of any kind. The monks believed that in starving themselves physically and not engaging in earthly pleasures, they would gain spiritual enlightenment. Siddhartha stayed with the group for a few years but ultimately decided that the monks’ rejection of all pleasure was not useful and did not get him closer to enlightenment.

After years in luxury at the palace and years of abstinence with the monks, Siddhartha began to see that neither extreme could help one achieve enlightenment. After 49 days of meditation underneath the Bodhi tree, Siddhartha was finally able to reach enlightenment. Through all of his consideration and experience, Siddhartha discovered and then taught the Four Noble Truths and the Eightfold Path, which serve as the foundation for the beliefs and practices of Buddhism and subsequently, the Buddhist approach to addiction.

The Four Noble Truths and the Eightfold Path

Life is not all pleasure. It is a mixture of both pleasure and pain. However, it is this mix that causes suffering. A person only suffers because they are attached to impermanent things, people, ideas, concepts, etc. And they may suffer even more when acting greedy or overindulging.

But, there is a way to end suffering. To find enlightenment, Buddha taught the Middle Path, and he expanded on how to do that with the Eightfold Path. The Middle Path is what Buddha saw as the solution between overindulgence and deprivation. Neither path brought him enlightenment and neither alleviated his suffering. It was only in living between these two ways that he was able to find the path to enlightenment. From this, he recommended to followers and seekers of enlightenment to live in moderation. However, that recommendation can only get someone so far.

Moderation may be the key, but it is not a guide for how to live. So, the Eightfold Path was created; it consists of ways one should live in order to reach enlightenment.

The Buddha’s View of and Treatment for Addiction

Scholars believe the Buddha himself had an awareness to the dangers of addictive behavior and addictive substances.

There are accounts of the Buddha advising his followers to avoid addictive substances and behaviors; he did so by warning of the consequences. In a similar set of guidelines, like the Eightfold Path, the Buddha advocated for people to abstain from toxins that could cloud the mind. He warned that intoxicating substances could lead to “loss of wealth, increased quarreling, susceptibility to disease, losing a good reputation, indecent exposure of the body and weakening of intellect.”

However, this was not the only type of addiction the Buddha warned against. One story tells of the Buddha using an almost modern, behavioral approach to treat a king’s overeating. At each meal, he had the king’s nephew keep him from eating his last bite of food. Then, the king’s next meal, he was served only the amount of food he had eaten in the meal before. By taking a bite of his food out each time, the king gradually ate less and less, and he slowly became trained to eat smaller, healthier–sized meals.

In a general sense, this is a form of modern cognitive behavioral therapy (CBT), which is widely used for treating substance abuse. In CBT, you are taught to identify the source of addictive behavior and create new, healthier habits for life in recovery.

Today, Buddhists still follow the Buddha’s guidelines and tend to abstain from drugs and alcohol. However, as with most sets of rules, people make mistakes, and rules are broken. In response, many Buddhists have created methods and programs for those with substance use disorder.

In Thailand, where there is a growing heroin epidemic, Buddhist monks admit people with addictions into their monasteries, creating what you might call a Buddhist recovery group. These people stay with the monks for anywhere from 10-28 days and receive treatment. Here, treatment consists of herbal medicines for detoxifying the body, a vow of abstinence, meditation, teachings on Buddhism, and even labor. Much like with Western treatment, the body is detoxified, and the individual then engages in therapy to identify the source of their addiction and create new, healthier habits. While this may not necessarily be conventional to most of us in the States, this is a true Buddhist approach to addiction. However, there are some differences.

In a Buddhist detox, there is no use of medications like in the west. They instead use herbal teas and herb baths to help the body process toxic substances and ease withdrawal symptoms.

The Role of Mindfulness and Meditation:

Since Buddhism has spread so much over the centuries and found itself intertwined with a number of different cultures, Buddhist treatments have some variation.

However, one thing that remains the same between the versions of Buddhism is the significance of meditation. Through mediation, you learn mindfulness, which is a sense of being present and living in the moment. As thoughts of the past or the future come into mind, you must learn to let them go and not dwell on them. This form of meditation should then translate into life. As you learn to focus on the present and not be tied to past and future, you can recover mentally and emotionally. As a result, this can help you effectively recover from a substance use disorder.

Buddhism, like many religions, is a way of being–a way of engaging with life. It teaches that life is about following the Middle Path, not one of indulgence or deprivation, and that to be happy, it’s important to be a mindful and ethical person.

Subsequently, Buddhism can be extremely effective in treating substance use disorder. The Buddhist approach to addiction insists on being able to not only live with yourself but know yourself. Knowing yourself allows you to identify the source or sources of addictive behavior. Once they do this, through practices like meditation, a person can begin to rebuild themselves into a sober, happy individual. One of the best ways to do this is to use a guide. The Buddha’s Eightfold Path serves as effective for becoming the best possible version of yourself.

If you or a loved one are living with substance use disorder, recovery is possible. All it takes is the right help and support. Call us today to speak to an addiction specialist. We are more than happy to give you the information you need and guide you down the safest path to recovery. 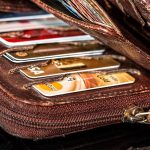 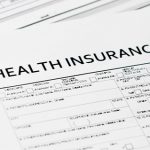