What Happens When I Blackout?

Going downtown with your friends for drinks is always a fun adventure until you start drinking too much. You might be wondering, what causes blackouts from drinking? If you don’t know your limits, it might be easy to overdo it. This can lead to a blackout which you have probably heard of before in movies and television. Getting to this point of intoxication isn’t a fun experience and can even be deadly if taken too far.

The cause of a blackout from drinking comes from consuming too much alcohol and your brain losing control of memory and other body functions. Getting to this point can lead you to an alcohol overdose, otherwise known as alcohol poisoning. The effects can be catastrophic, but there are ways to avoid reaching a blackout state, as well as signs to look for if someone else has drunk too much alcohol.

If you suspect someone has had too much alcohol and reached the point of overdose, call 911 and get them to a nearby medical facility. Casual drinking can start innocently enough but it only takes one too many before you blackout and face severe consequences. While college students tend to reach a blackout state more often than others, anyone can drink too much and overdose on alcohol.

If you have an unhealthy habit of drinking till the point of blackout, give us a call at 912-214-3867 and begin the path to recovery. A single blackout from drinking is not a sign of alcohol dependency, but if not under control it can lead to serious life and health problems, and we want to help. Why do people blackout?

A blackout from alcohol is not just a term thrown around at college gatherings, it is a seriously harmful effect of drinking too much. Put simply, a blackout is when you have ingested too much alcohol and your memory is affected. The biggest characterization of a blackout is the loss of time. According to the National Institute on Alcohol Abuse and Alcoholism, blackouts are more common in social drinkers than previously assumed. The most heavily affected group is college students.

Blackouts from drinking affect everyone differently, ranging from fragmented memory loss to large chunks of missing time. There are two main kinds of blackouts. First is a fragmented blackout, in which smaller memories are generally retained but are heavily interrupted by missing information. Fragmented blackouts are also called “grey outs” our “brownouts.”

The second and more severe type of blackout is essentially complete alcohol-induced amnesia. The common effect from this form of blackout is complete memory loss with no way of recovering that information. This kind of blackout can range in how long it lasts, but most people experiencing it can expect to lose several hours.

To clarify, a blackout is not the same as passing out. Passing out is the action of falling asleep or losing consciousness due to excessive alcohol consumption. A blackout is a state in which you are awake but not creating new memories. With the knowledge of what a blackout is, what actually happens to your body during a blackout, and how do you get to that point?

While drinking, your alcohol blood level will rise, and once it reaches a certain point, your brain will no longer be able to form new memories. Alcohol-induced amnesia begins occurring with a blood alcohol concentration of 0.16 percent. This level is nearly twice as high as the legal driving limit. When an individual’s BAC has reached that 0.16 number, they lose a large percentage of their cognitive ability. Remember, though, a blackout from alcohol can affect people differently depending on their weight, gender, food consumption, and medications. Some people will begin feeling blackout effects sooner while using sleep and anti-anxiety medications.

Some factors affecting a rapid increase in BAC are body weight and how much food is in the stomach. Consuming alcohol with an empty stomach is one of the common ways people cause their blood alcohol levels to rise quickly: it allows all the alcohol to enter the bloodstream rather than absorbed by contents in the stomach. Gender also plays a role in how fast BACs raise. Women are at a higher risk of blackout than men due to their naturally lighter pound to pound weight ratio. They also have less water in their bodies, letting their BACs rise more quickly. To raise the BAC to 0.08, women would have to drink four alcoholic beverages in two hours while men would have to drink five.

A blackout is commonly the result of binge drinking, i.e., drinking a high volume of alcohol in a short amount of time. Once in a blackout, you will experience physical effects that can damage not only the body but also the brain. If you are experiencing an addiction to alcohol, then please call us today. Our experts are here to help you start living a healthier life.

Effects of a Blackout

While under the influence of a blackout, several things happen to you. Your memory is the biggest thing affected. While in an alcohol-induced blackout, your brain loses control of memory formation. There is no way for your brain to configure short-term memories into long-term memory while in this state. Bear in mind, this is while under the most severe form of a blackout, as the NIAAA calls it an “en bloc” blackout. Fragmented blackouts are just as worrisome, as this means you have pockets of memories with nothing connecting them. These stand-alone memories might help you remember some of what occurred during a blackout, but you won’t be able to recall everything.

Other functions that a blackout can affect include the basics of walking and talking. While in a blackout you will be unable to form cohesive sentences or walk in a straight line. Your balance will also be affected, meaning you won’t be able to stand with ease. Judgment is also impaired, meaning you are likely to do things you wouldn’t normally do. This includes unwanted sexual engagement. Vision is also impaired during this time. Being in a blackout state of mind leads to not being able to see a situation clearly (in several different senses) and results in poor decision making.

Blackouts Can Affect Your Whole Life

Reaching a blackout state affects other parts of life as well. People who have frequent blackouts see their work-life, schooling, and relationships affected. Students who frequently blackout are likely to witness their schooling GPA fall, which then has major repercussions such as failing a class, being put on academic probation, and even dropping out altogether.

What happens to your body when you blackout? There is also a chance of being arrested or taken to the emergency room for injuries while in a blackout. Since a person with alcohol-induced amnesia can’t control their actions as they would sober, they are at higher risk of driving or placing themselves in a dangerous situation. Alcohol can also have major health consequences and make you a danger to yourself and others.

One of the more significant dangers that comes with being in a blackout is the chance for alcohol overdose. An alcohol overdose, also known as alcohol poisoning, is the process of consuming so much alcohol your brain begins to lose control of basic life functions – such as breathing, heart rate and body temperature. Signs that someone may have consumed too much alcohol include confusion, difficulty remaining conscious, vomiting, seizures, struggles with breathing, slow heart rate, low body temperature, clammy skin and a delayed or absent reflex.

It’s also wrong to assume that if someone falls asleep during a blackout, that they are safe. As long as alcohol is present in the body, it will continue to be absorbed into the bloodstream. This means that even after passing out someone’s BAC is still able to rise. From here the body will attempt to reject the alcohol by causing the intoxicated person to vomit. This in turn can cause an unconscious person to choke, because remember, their gag reflex may not be working. Do not suffer through the dangers of blackouts alone. Call us today, and we can help you get back on your feet. One step at a time.

Helping Someone Who Has Blacked Out

Being able to pick up on these signs can be the difference between life and death. If someone who has blacked out from an alcohol overdose doesn’t receive help, they can choke on their own vomit or stop breathing. Their heart could slow to the point of stopping. Low blood sugar and dehydration could both cause seizures leading to brain damage or even death.

If you do suspect someone is in danger of alcohol overdose, NIAAA College Drinking Prevention recommends four major steps you can follow to assist that person.

Never feel ashamed for helping a friend or stranger if they show signs of alcohol overdose. They may be upset with you at that moment, but in the end, you are their friend and care for them. It’s better to have a friend be upset with you than to lose them.

Get the Help You Deserve

Even though college students are more likely to experience a blackout, anyone who consumes alcohol can end up with alcohol-induced amnesia. Remember, what causes a blackout is the overconsumption of alcohol and the effects can be dangerous. Those who engage in blackout behavior consistently can affect their personal health and the health of the world around them. Consequences of a blackout can impact a person’s productivity, resulting in possibly losing their job. Students can see their schoolwork impacted resulting in possibly failing classes or dropping out. Even the strongest relationship won’t be safe from someone who blacks out from alcohol.

Personal health dangers include brain damage or death if serious enough. Often, a blackout can lead to alcohol overdose since the person loses control of their actions and memory. Danger signs you should watch for are slow heartbeats, unsteady breathing, cold body temperature, seizures, clammy skin, and excessive vomiting. If you suspect someone is at risk of alcohol overdose, do not wait for all the symptoms to be present and call 911 and get medical assistance.

It’s helpful to know the signs of alcohol overdose and a blackout. A person in a blackout may seem like just an entertaining drunk person, but they could be nearing the end of their life if they don’t get help. If you or someone you know are struggling with frequent blackouts, our experts can answer all your concerns and connect you with the help you need. Call today! 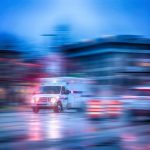 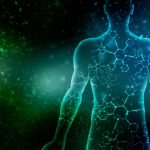