Why is the Opioid Epidemic Hitting Rural America Especially Hard?

The opioid epidemic is taking on a larger role in rural America. Many factors go into why the opioid epidemic continues to stay strong in these regions. According to Bloomberg, one alarming statistic is the growing number of babies born with opioid dependence in rural areas.

Researchers are working to understand why opioids have hit rural America so hard and the impact the epidemic is having. Meanwhile, preventative measures and guidelines by the federal government are in place to try to stem the outbreak.

Make no mistake, the opioid epidemic is still hitting metro areas. But, residents in cities face different challenges than those who live in rural areas.  More often than not, these areas lack the resources and education needed to fight the opioid epidemic.

Rural and metro areas are both dealing with the opioid epidemic. The difference is that the same epidemic is hitting rural communities much more than metro areas. Former Secretary pf Agriculture Tom Vilsack addressed the problem in an interview with NPR Illinois.

“It’s not a fundamentally rural problem, but it’s a unique problem in rural America because of the lack of treatment capacity and facilities.”

Statistics provide definitive numbers as to what the differences are between rural and metro areas. The Center for Disease Control and Prevention found that in 2017, drug overdose deaths due to opioids stood at 4.9 people for every 100,000 residents in rural areas. In cities, the rate was 4.3 people for every 100,000 residents. In addition, opioid deaths increased by more than 700 percent in rural areas. During the same period, cities saw opioid deaths climb less than 400 percent.

The opioid crisis in rural communities is mainly driven by prescription drug use. Up to 74 percent of farmers and farm workers have reported being affected in some way by opioid use disorder, according to the University of Nebraska Medical Center (UNMC). Making matters worse is that people in rural areas find it extremely easy to obtain large amounts of prescription opioids. UNMC found that health-care providers in these areas wrote prescriptions at a rate of 56.6 per 100 people — just under the national average of 58.7.

Compared to cities, rural areas lack many support systems. There are fewer clinics and hospitals. Mental health treatment and drug treatment prevention-harm reduction programs also are scarce. At the same time, community and family support systems are eroding. A depleting labor market is adding further stress to residents’ lives. Because of the small populations in rural areas, anonymity is non-existent for many residents. This results in many people stopping drug treatment or avoiding it altogether, according to the Carsey School of Public Policy at the University of New Hampshire.

The Carsey School of Public Policy finds that sharing, trading and selling prescription opioids is prevalent in many rural areas. The drugs serve as a form of currency. According to the USDA, studies have shown that economic instability can be a major factor in the rise of drug addiction. In rural America, people have fewer employment opportunities and often work lower-paying jobs.

The opioid epidemic devastates everyone it touches. USDA officials said they are committed to finding the best possible ways in which to help. Several of these programs are resources; prevention, treatment and recovery opportunities; resources to work on systemic issues; and essential tools for rural leaders to continue to help these communities hit so hard.

New alternatives are being discovered, tried and implemented with good results in rural communities. Some include health-care providers trying telemedicine, patient consults via phone and transportation alternatives for required physical attendance. Also, Partnership to End Addiction (formerly Center on Addiction) states that the 21st Century Cures Act is to help states combat the opioid crisis. In addition, the Affordable Care Act has allowed for more necessary coverage to help fight the opioid epidemic

Until now, many strategies have focused on efforts aimed at treating individuals. Another is attempting to stop the supply of prescription opioids as much as possible. However, what is needed more are upstream approaches, including evidence-based, school-based prevention programs, and on hands help according to at University of Nebraska. Existing interventions will not be effective without addressing the roots of the problems. Those roots include poverty, unemployment and declining opportunities for advancement.

The Heller School of Brandeis University provides assistance to those with addiction issues through outside sources such as Belden Pathways to Employment. The Belden program blends drug rehabilitation with the promise of employment for workers willing to lead drug-free lives.

The company produces connectivity, networking and security solutions for industrial markets. An 18-month program is put forth to any individual who has no more than a high school diploma or GED. The person must be willing to enter a treatment program and stay drug free. Then the person is given an internship. It is hoped that this program will be duplicated by other employers to help resolve the economic instability fueling the opioid epidemic. 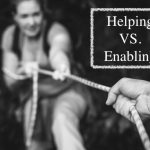 Enabling vs Helping: Which One Are You Doing?Drug Addiction 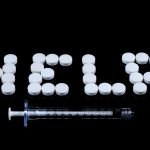 What to Do in an Addiction CrisisDrug Addiction